August 17, 2017
The past two years have shown us that the ALDUB Nation is a formidable force to reckon with – the very people who rally behind Maine Mendoza and Alden Richards to produce 41 Million tweets, record-breaking movies, sold-out endorsements, fully-packed shows, reprinted magazines, and many more. Inside this Nation are official fan clubs (FC) and then there are unofficial ones – those who consider themselves as Team No Group.

There have been events organized by official Alden FCs and official Maine FCs. Sadly, the slots were limited to members of these official fan clubs only and those outside can only watch from a distance. This drove us to organize an event that is for the ALDUB Nation, for people who unequivocally support BOTH Alden and Maine without any form of bias.

We held the first ever ALDUB Nation Festival last October 16, 2016 at the SMX Convention Center at Pasay City. The “ADN Fest 2016: Fun, Flair, and Friendship” was a celebration that  brought together the ALDUB Nation as a whole, minus the affiliations. In addition, because this is a fandom that is somewhat powered by fan fiction and fan arts, the works of artists, authors, and musicians were showcased at the festival. The whole event was a reflection of what this Nation has done “pordalab” as we like to call it.

ADNFest 2016 was featured at 24 Oras and the hashtag #AldubNationFest2016 trended the whole day in Twitter.

Our special guests also posted about it in their respective social media accounts:


Today was indeed a(nother) remarkable day for the AlDub Nation. It was a fun-filled day for everybody; a day filled with smiles, laughter, joy and love. Thank you very much to the organization committee, to those who helped and to everyone who came. It was nice spending time with you all; and it was also nice meeting new people! I hope you all had a great time– team SMX, team bahay and team abroad. And to those who weren't able to come, may next time pa! May tamang panahon din tayo! Grazie mille, ADN! Aldub you all! *fandom hug* ❤️ #ALDUBNationFest2016
A post shared by Maine Mendoza (@mainedcm) on Oct 16, 2016 at 6:28am PDT

ADNFest 2016 was co-presented with Coca Cola and sponsored by the following:

Popular posts from this blog

MECHANICS:
1. This contest is for all true-blooded ADN, who are amateur songwriters with no prior or existing record deal.
2. The song must be in accordance to the theme: What does ALDUB Nation represent? What is the true spirit of ADN?
3. The song must have a duration of at least 3 minutes but not more than 5 minutes.
4. The song may be in English or Tagalog, but must not contain inappropriate, vulgar, or offensive language.
5. We will accept one entry per artist (solo, duo, or groups up to 5). If we receive multiple entries, we will only consider the first submitted.
6. Entries should be new compositions and have never been released.
7. The submission period is July 20 to September 15, 2017.
8. The voting period is on September 16-30, 2017.
9. The winner will be announced via ADNFest's official Twitter and Facebook accounts on October 5, 2017.
10. The winner will receive Php 10,000 and will be officially launched on October 22, 2017 at the ADNFest in SMX.

CRITERIA:
Below are the criteria in…
Read more 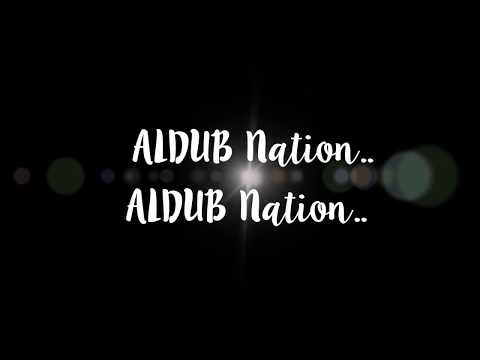 Here are the finalists of the ADN Fandom Songwriting Contest. Vote by liking their respective YouTube Videos.


This post is dedicated to the numerous people we have encountered who asked us the same questions over and over again.

Don't get us wrong - we love it that they asked; it shows interest. And interest on ADN Fest 2016 is good. So we compiled frequently asked questions, answered them, and placed them on our nice little template for convenience and easy reading. It's on Twitter and our Facebook accounts.

You call them FAQs, we call them PAKS. Here are the answers to the most Prikwently Asked Kwestions.

What is this event about? What is it for?
The ADNFest 2017 is a celebration that will bring together the ALDUB Nation as a whole, minus the affiliations.